“If all the smokers in Britain stopped smoking cigarettes and started using e-cigarettes we would save five million deaths in people who are alive today. It’s a massive potential public health prize.” 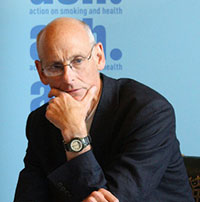 E-Cigarette News say's “thank you” to all the scientist, doctors and researchers who actively support THR (Tobacco Harm Reduction) and who are staunch advocates of nicotine alternatives for smokers.

This post acknowledges a few of those outspoken professionals dedicated to exposing the truth, usurping the lies and re-educating public misconceptions about e-cigarette safety. We salute these shining stars.

Dr. Jacques Le Houezec is the Honorary Lecturer, UK Centre for Tobacco Control Studies, University of Nottingham, England. A founding member of The Society for Research on Nicotine and Tobacco and manager of treatobacco.net. Dr. Houezec’s findings deserve to be widely broadcast to the masses who think nicotine is a dangerous drug. 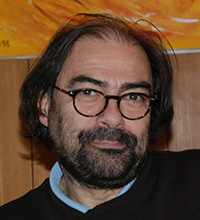 “Nicotine is not a dangerous drug. The most recent case reported an ingestion of 1500 mg of nicotine with no fatal issue. To be prudent, a review paper from Bernt Mayer, an Austrian pharmacologist, stated that the actual lethal dose is at least 500 to 1000 mg.

In answer to the question, “Is Nicotine in Second-Hand Vapor dangerous to bystanders?” Dr. Houezec replied,

“The amounts of nicotine released in the air by vapers is very small.”

Dr. Konstantinos E. Farsalinos is considered to be one of the most outspoken advocates of electronic cigarettes. He and his colleagues have performed numerous scientifically controlled studies which confirm e-cigarette safety. We encourage our readers to visit ecigarette-research.org where Dr. Farsalinos and other scientists and specialists in electronic cigarette research have published their reports. 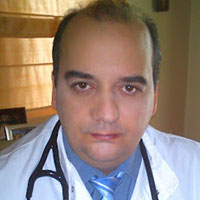 “The tobacco control movement believes that the best way to “educate” the community is by lying, providing fear-mongering and intimidating claims and distorting science. Deterring someone from trying e-cigarettes is similar to encouraging him to continue smoking, and this is really unfortunate. We are seeing this strategy every day, through their statements to the news-media. This is an unfortunate path for any scientist or scientific movement to follow, but in this age of global communication and information-sharing, they are bound to fail (thankfully).”

“The study involved analysis of 19,441 participants from all over the world, including 88 subjects who were not smokers at the time of e-cigarette use initiation. We hope the peer-review process will take a short time and it will be accepted for publication. To give you an idea about the results, 81% reported that they had completely substituted smoking with e-cigarette use, while the rest reduced cigarette consumption from a median of 20 to 4 cigarettes per day. More than one-fifth of the population initiated e-cigarette use with more than 20mg/ml nicotine-containing liquids, supporting once again the inappropriateness of the current EU regulation which will significantly reduce the efficacy of e-cigarettes as smoking substitutes.”

Note: The peer review study was published in April 2014

Dr. Riccardo Polosa, Director of the Institute for Internal Medicine and Clinical Immunology of the University of Catania is another supporter of electronic cigarettes. Here's his bold statement from and interview with James Dunworth. 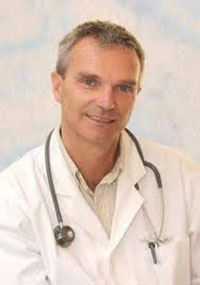 “The status quo in smoking cessation presents smokers with just two unpleasant alternatives: quit or die. But, there is a third choice for smokers: switching to the e-cig. The use of e-cig allows smokers to introduce nicotine from a much safer source than a lit cigarette and to keep the gestures associated with smoking. Switching to the e-cig may increase smokers’ confidence in making a more important change in their lifestyle – quitting.”

Another champion of e-cigarettes is Professor Carl Phillips of the TobaccoHarmReduction.org Institute at the University of Alberta, Canada. 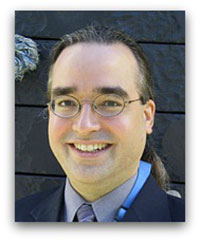 Dr. Phillips was asked to comment on Professor Michael Siegel’s suggestion that if we banned electronic cigarettes based on the notorious 2009 FDA study which found carcinogens in e-cigarettes we might as well ban peanut butter.

“ We'd have to ban half the foods that are available. I mean, the FDA study really didn't find any cancer risk. That study was basically pure propaganda….There's no significance of those findings whatsoever from a scientific or health standpoint. From a political standpoint the fact that they did that was quite significant.”

His blistering review and condemnation of the Glantz/JAMA “Gateway” study clearly exposes the dangerous effects of Anti-THR-Lies.

Dr. Joel Nitzkin is senior fellow in tobacco policy for the R Street Institute. He is a public health physician and has been a local health director and president of two national health organizations.

Here are excerpts from his paper The Promise of E-Cigarettes for Tobacco Harm Reduction. 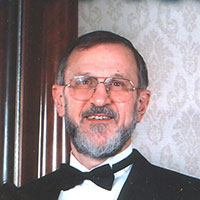 “..large numbers of smokers who are unable or unwilling to quit using the pharmaceutical products can eliminate almost all exposure to the many toxins in cigarettes by switching to e-cigarettes”.

The doctors and scientist cited here are but a few of many important researchers who support THR (Tobacco Harm Reduction). They are dedicated to usurping unsubstantiated claims made by government agencies, self-serving politicians and unaware medical professionals about the safety of electronic cigarettes. We at E-Cigarette News applaud them all.

1) A new study on the effectiveness of e-cigarettes challenges the negative views of some public health experts. The study led by Professor Robert West of the University of London’s department of epidemiology and public health surveyed people who had stopped smoking in a 12-month period between July 2009 and February 2014. Those using e-cigarettes were around 60% more likely to quit than those using nicotine replacement therapy or just willpower.

2) Over 50 leading scientists from 15 countries have written to Margaret Chan Director-General of the World Health Organization to ask WHO reconsider its intention to classify e-cigarettes the same as regular cigarettes, warning that they risk missing an opportunity to drastically reduce smoking and the illness and death associated with it.