Why ECigarettes Are 95% Less Harmful Than Cigarettes

For the past two years inmates at Guernsey’s Les Nicolle prison, have easily endured a prison-wide smoking ban with the help of ecigarettes.

The prison, located 50 kilometres west of France’s Normandy coast, is the second in Europe to be smoke-free. The first prison was in the Isle of Man in 2008.

The vaping success story, recently reported in the British newspaper, The Guardian is timely as it comes just ahead of the prison smoking ban scheduled to soon go into effect in England and Wales.

Smoke Free and Enjoying It

When Les Nicolle first banned tobacco in 2013 there was fear of unrest as most inmates were smokers.  80% of all adult prisons inmates smoke cigarettes.

The solution to permit vaping proved to be an easy transition for both  prison law enforcement and inmates.

“Prisoners report that they are feeling a lot better…, their taste and their sense of smell returns. It’s fantastic….I maintain that as long as the nicotine addiction is served, there isn’t a problem. You don’t need cigarettes.”

What brand of e-cigarette is being sold at the prison’s commissary?

Sorry, not available in stores

As you can see, it’s not a refillable Tank System; it’s not even a re-chargeable cig-alike. Les Nicolle’s prison vapers enjoy a “high security” disposable ecig called eBurn, made tamper-proof to prevent the product from being used to administer psychoactive drugs.

In January 2016 all prisons in Wales will go smoke-free. Four south-west England prisons will follow in March. Eventually all 136 prisons in England and Wales will be smoke-free. Time will tell whether prisoner/vaping success stories will contribute to the growing statistics relating to e-cigarettes and smoking cessation. 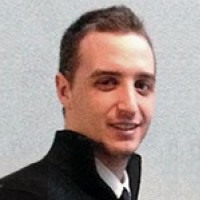 Daniel is a senior analyst for a Fortune 500 company and is dedicated to Tobacco Harm Reduction. Known for his cool-headed temperament, his honesty and integrity, he has been testing and reviewing electronic cigarette devices since 2013.

Do NOT follow this link or you will be banned from the site!